The digital divide: what to know for your Customer Management strategy

As a result of the flight to digital during 2020, many brands and organisations are reinventing their customer journeys to reflect this. But when doing this, it’s important to remember that not all consumers boarded the flight. Whatever your sector, digital exclusion is an issue you shouldn’t ignore.

Below we present 5 key statistics and facts about the digital divide and explain why they matter in Customer Management.

1. Around 3.7 billion people are still offline

That’s almost half the world’s population, says the UN. It’s no surprise that most of these are in developing, rather than developed, economies, but digital exclusion is present across all continents and in all countries – including those where you do business.

Let’s add some more figures to illustrate this.

The figures become more ‘real’ when percentages are translated into households and individuals. For example, in Britain, over 95% of the population had internet access in 2020, but that still leaves over 2.5 million people without internet access.

In short, as brands contemplate reinventing their journeys to be ‘digital first’, they should remember that millions of their customers worldwide may be digitally excluded.

This figure applies to the UK, but it illustrates a crucial point: having internet access doesn’t necessarily equate to being digitally engaged. Hence the disparity in the UK Consumer Digital Index 2021 between the number of people online and the number being digitally active.

First, digital exclusion is not just a question of connectivity: it’s also about whether people have the skills to use it; whether services are accessible (eg to people with disabilities); the affordability of services and data. For example, around 15% of home broadband users in the US said they had trouble paying for their internet service during the coronavirus outbreak. In the UK Consumer Digital index, 51% of people said worries about privacy and security were among the reasons they hadn’t used the internet in the previous 3 months.

Secondly, many people may still take a ‘pick and mix’ attitude to digital. There are numerous statistics showing that those who switched to digital channels during 2020 will continue to use them, but this usage may be selective. They may use them to buy groceries but not clothes (or vice versa); to compare car insurance policies but not cars; to book an appointment but not get technical assistance.

Thirdly, some of your customers may be ‘digitally fatigued’ as a result of remote working or digital overload. When they’ve spent all day without human contact, the human touch may be the key to loyalty and value creation.

3. Over 325 million fewer women than men have a smartphone and can access the mobile internet

Digital exclusion affects women more than men, and this gender divide certainly isn’t confined to developing economies. For example, the gender divide in Central and Eastern Europe is on average 3% (in favour of men) and in some countries in the region over 10%.

Another widely-occurring digital faultline is the urban-rural divide. In Latam, for example, one study showed that 67% of urban households were connected to the internet, and only 23% of rural households. In Europe, research showed that 88% of people in urban Europe have internet access compared with 80% in rural areas; though this gap is much narrower, it still represents millions of customers or potential customers.

By overlooking the digital divide, brands could be neglecting their core customer groups.

4. Unreliable internet access affected 1 in 5 teens’ ability to study during the pandemic

In the US, 20% of 13-17 year olds said they were unable to do their homework ‘often’ or ‘sometimes’ because of connectivity problems when  they were homeschooling. That’s surely not an issue confined to North America.

Does this matter to brands? Certainly. Since school and college students are the workforce, clients and end-customers of the future, their education matters. It’s in everyone’s interests to support better connectivity, better digital access and digital skills and training in their communities.

5. Definitions of digital exclusion and inclusion are evolving fast

This fifth point is an observation rather than a statistic, but it’s important for anyone in Customer Management. Digital exclusion used to be mostly an issue about internet users and non-users, but it’s now about different levels of use, access and skills.

You’ll see above that research is looking at different elements: internet access, broadband / high-speed internet access, smartphone ownership and mobile internet, and so on, and it’s worth remembering that even among the digitally-included, levels and modes of access may differ. Here’s a typical example:

Customer journey design needs to reflect all these different points along the digital spectrum.

HOW SHOULD BRANDS NAVIGATE THE DIGITAL SPECTRUM?

The key point for any brands is to retain and design a mix of channels for interacting with their customers: digital first doesn’t mean digital only:

The aim should be to provide optimal channel coverage for customers, including those who have no digital access or limited access. This means understanding that digital and social channels are used more and more by some customers, but also maintaining traditional channels. For example, voice still accounts for the largest volumes in most aspects of Customer Management, and some end-customers and generations still appreciate email or even postal mail.

At the same time, the element of ‘know your audience’ is important. Having a mix of channels may not mean offering every channel; rather, it means offering the best mix for your own customers and targeted customers. That means using segmentation, research and analytics to arrive at that mix.

The final point is that catering for digital exclusion should not be done at the expense of developing your digital capabilities. To quote McKinsey & Co in 2020, “recent data show we have vaulted five years forward in consumer and business digital adoption in a matter of around eight weeks”; the tide of history is firmly moving towards digital; we just have to recognize that not everyone is travelling at the same pace.

Does the human touch still have a place in Customer Management and value creation? 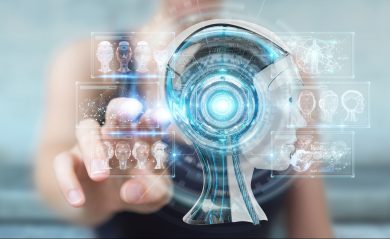 AI explained: how to cut through the noise and use it successfully in your Customer Management 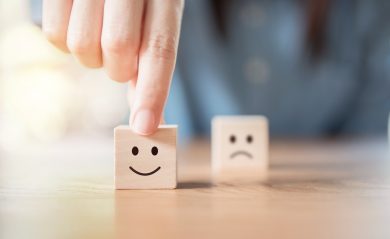 Should we really abandon the Net Promoter Score?